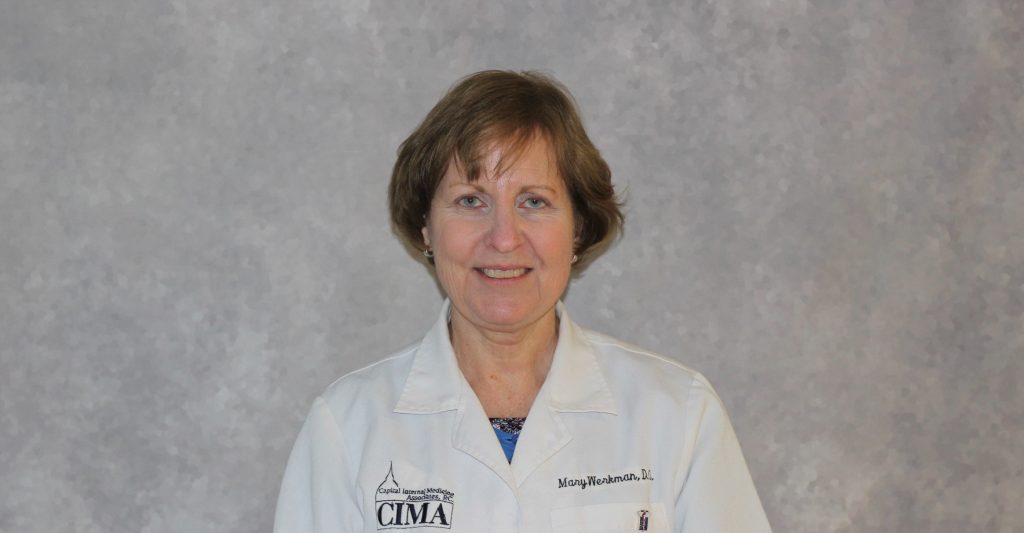 Dr. Werkman is a Board Certified General Internal Medicine specialist. She cares for patients in the office. She has been in practice in Lansing since 1986, and with CIMA since 1998.

Dr. Werkman grew up in Fort Wayne, IN, and graduated from South Side High School as an Indiana Scholar. She then attended Albion College, earning a B.A. in biology in 1977. Prior to entering she explored options in nursing , elementary education, and physiology at MSU. The first and only member of her family to go into medicine, she graduated from Michigan State University College of Osteopathic Medicine in 1982, with her last year spent at Detroit Osteopathic Hospital in Highland Park and Bicounty Hospital in Warren, MI. Internship and General Internal Medicine residency training was done at Michigan Osteopathic Medical Center in Detroit. She was privileged to do rotations at the Detroit Medical Center (Children’s, Detroit Receiving, Harper Hospital) and Henry Ford Hospital (including the VA). While in training, she was named resident of the year in 1986.

She is interested in all areas of adult medicine, with a special interest in Diabetes, hypertension, and hyperlipidemia.

Personal Information
Dr. Werkman is married to Clarke. They have 3 children. She enjoys spending time with hr family, travel, and reading.