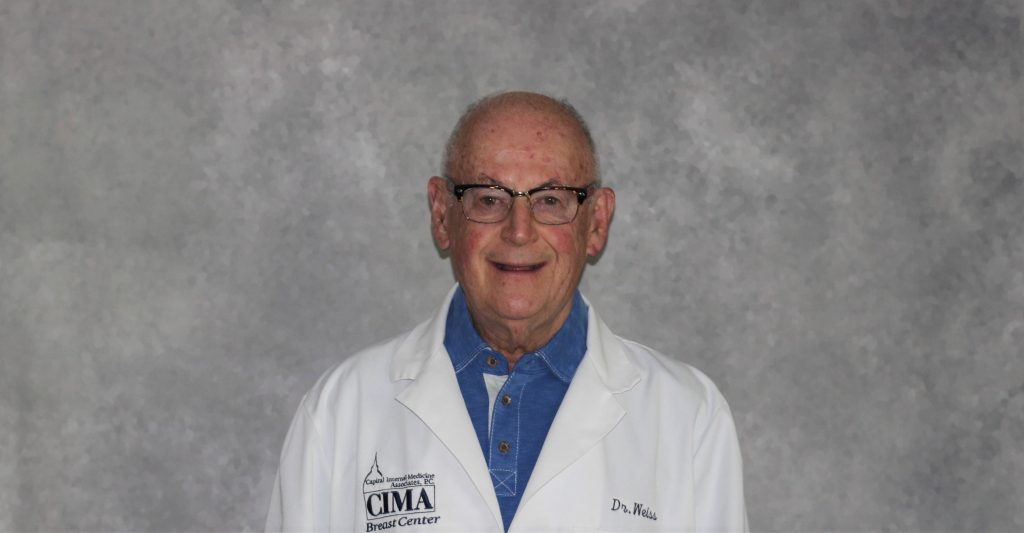 Dr. Weiss completed a residency in Diagnostic Radiology in 1974 at Aultman Hospital (major teaching hospital for Northeast Ohio Medical School), in Canton, Ohio. He was Chief Resident in 1973/74. He also completed a mini fellowship in Radiologic Pathology at the Armed Forces Institute of Pathology in Washington, D.C. He is Board Certified in both Diagnostic Radiology and Nuclear Medicine. Dr. Weiss was a partner in Ingham Radiology Associates P.C. from 1974-2005 and served as President from 1994-2005. Dr. Weiss was Chief of Staff at Ingham Regional Medical Center from 1993-1996 and was the first physician ever elected to the Board of Trustees of IRMC, on which he served until 2005. Dr. Weiss became an employee of Ingham Radiology in 2005. When Ingham Radiology dissolved in December of 2008, he became a P.C. and affiliated with Capital Internal Medicine Associates P.C. He established an Ultrasound lab at the main CIMA office and now will be Medical Director of the new Breast Center in Haslett. He has lectured and taught in both Ultrasound and Mammography. He was given a teaching award from Ferris State University in 1982 for teaching Ultrasound and won an international award in 1988 for a Clinical Scientific presentation on “Prostate Ultrasound”. He has also written a book on Prostate Ultrasound for General Electric Corporation. He lives in Okemos and has been married for 39 years to his wife, Sue. They have two children and two grandchildren.